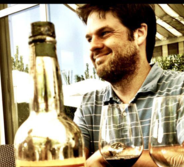 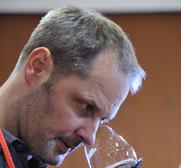 ​​​MRTC was founded in 2004 by wine industry veteran, Cameron Hobel. With over twenty years of experience in the wine industry, Mr. Hobel maintains significant relationships with wine producers and suppliers throughout Europe and has utilized these contacts to diversify and strengthen the portfolio of wines offered by MRTC.

Dandridge Marsh joined MRTC in October of 2014 as its Director of Sales. A graduate of The University of Georgia, Dandridge started to develop his appreciation for wine during his senior year of college, spending some time studying after class at a quiet table in a local wine bar. After working in the transportation and logistics industry for several years, Dandridge moved to the Napa Valley in 2008 to work for Soutirage, a fine wine retailer, eventually serving as its winery direct and wholesale buyer.

Before forming MRTC in 2004, Cameron served as Director of U.S. Sales and Marketing for Arcum Wine Trading, a wine brokerage firm based in Switzerland, where he managed all fine wine sales to U.S. collectors, retailers, importers, and restaurants. Prior to his time in Europe, Cameron held two senior level positions at WineBid.com, the largest online wine auction house in the United States, including Director of Business Development. Cameron was first introduced to fine wines while working as the Wine Department Administrator at Christie’s in Beverly Hills, California. Within one year of starting at Christie’s, Cameron became the youngest person in the history of the company to hold the position of Wine Department Head, where he managed all aspects of traditional fine wine auctions. Cameron’s distinguished career in the wine industry began at Greenwood Ridge Vineyards in Mendocino, California, where his responsibilities including marketing, winemaking and sales. In 2009, Cameron and his wife Bahaneh established Hobel Wines, a high end producer of Napa Valley wines.

Milton Road Trading Company LLC (“MRTC”) specializes in the importation, sale, and distribution of fine and rare wines at the wholesale and retail level throughout California and the United States. MRTC sources its wines directly from producers and other suppliers throughout Europe and concentrates on the importation and sale of French (with a focus on Burgundy, the Rhone Valley, Provence and Champagne), Italian (with a focus on Tuscany and Piedmont) and German wines.